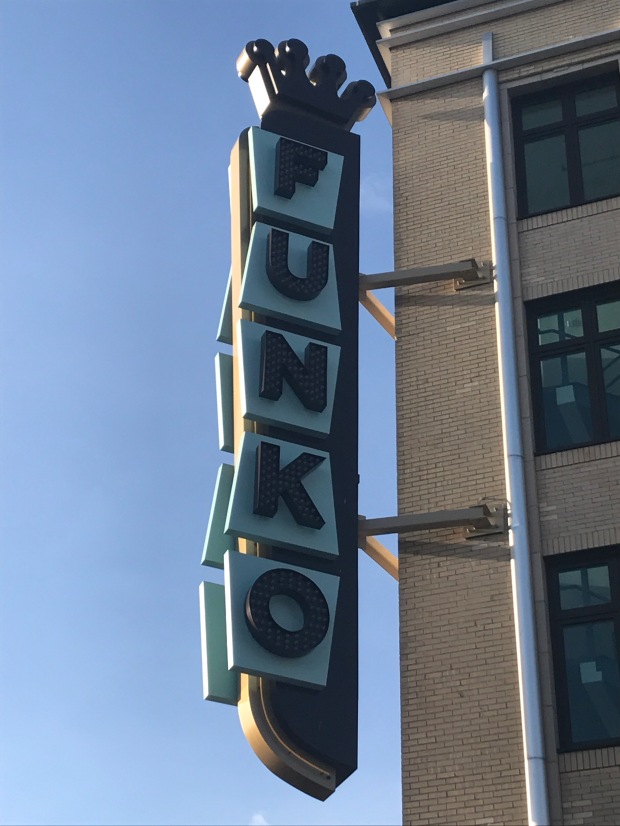 Even being in the middle of the line, I missed out on one of the 1000 golden tickets to get in.  I wasn’t too bummed out as I live in the area and can come back and check out the inside anytime.  Who I did feel for were those who traveled a great distance and missed out.  If you were one of the many who missed out Funko made sure all was not lost.  All day there were performances, food trucks, character appearances, autograph and artist tents, and who could pass up the beer garden.  We’ll get to that later.

Cameron and Yoko did an excellent walk through video showing all the store highlights and different themed areas.  I must say I prefer this tour rather than what I would experience with it being full of people.

They also did the ceremonial ribbon cutting right before letting the first group of golden ticket holders in.  Kevin Smith was the one who got to do the honors.  I unfortunately missed it as I went back home to get my wingman Tucker.

Here are a few of the photos I got while waiting in line hoping to get a ticket in. 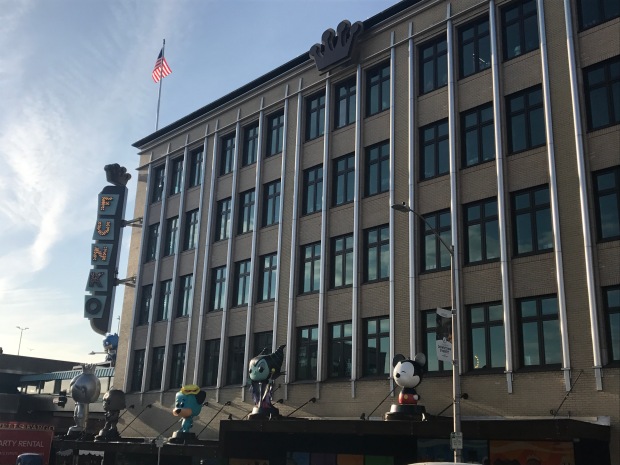 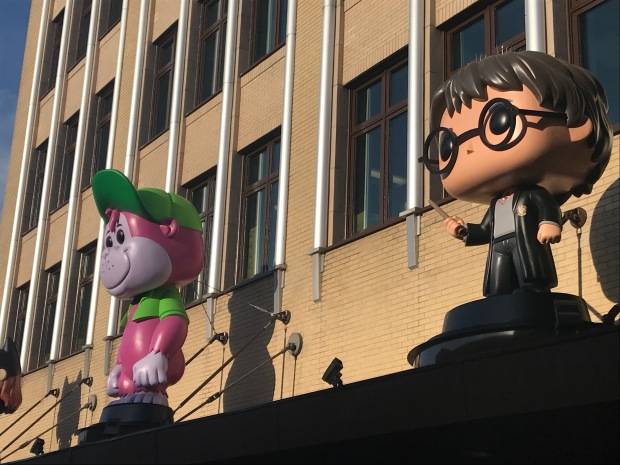 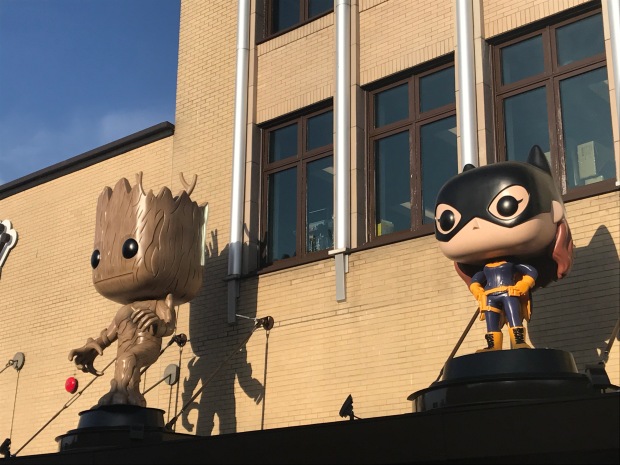 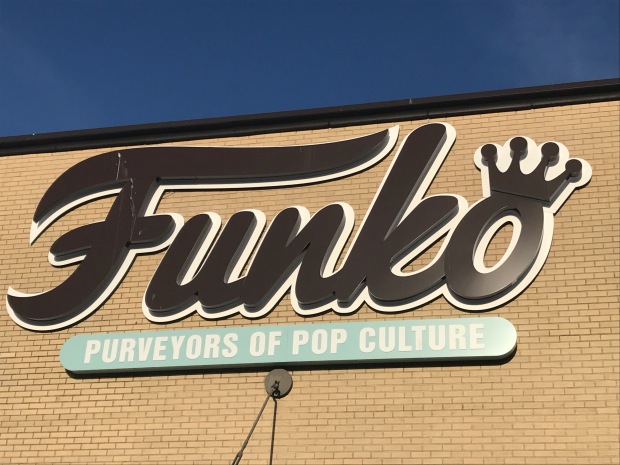 ​​
The mock assembly line is part of their new upcoming build a POP! room.  While not ready for the grand opening, we are told it will be similar to the Droid Factory at the Disney Parks.  There were some life sized action figures and other POP! Figures in display window but the line of people waiting to get in were always blocking them.

In addition to the life sized POP! Figures on the building, Funko had a few others on display on the street. 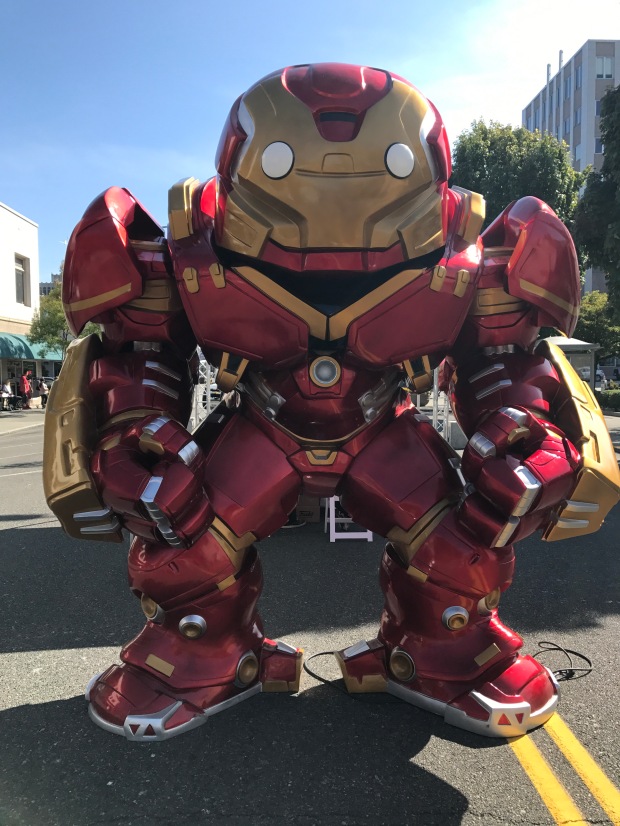 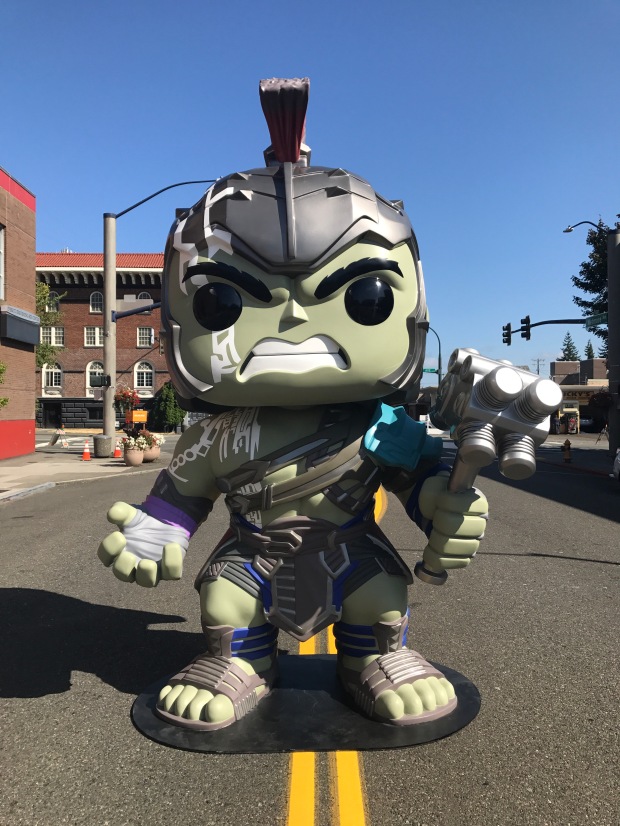 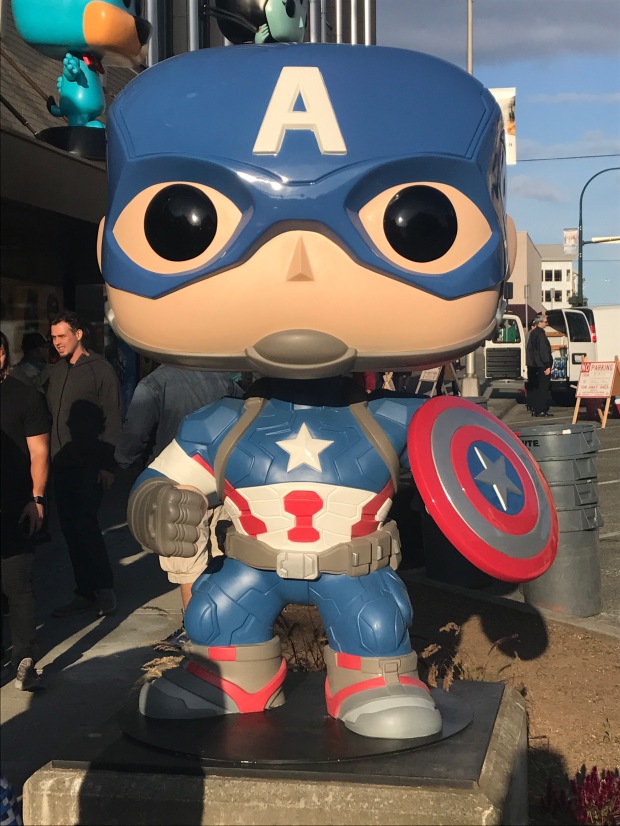 Kevin Smith and the rest of the comic book men were out signing their POP! figures for lucky fans. 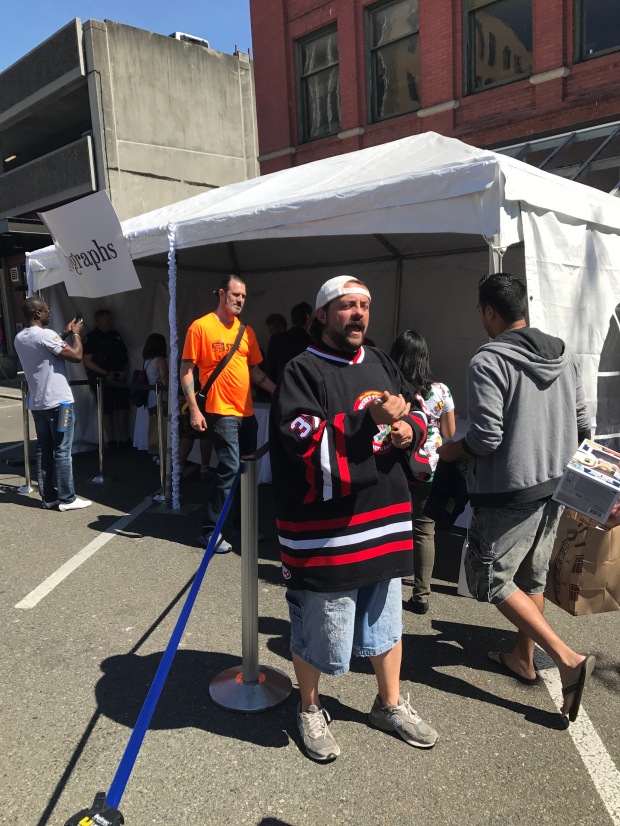 There were also artist tents where fans can have the actual Funko artist draw their POP!.  There was also an area for kids to paint their own blank POP! figures.

I was also lucky enough to bump into some other famous faces from the Funko crew.  I must say they are a great group of people to chat with. 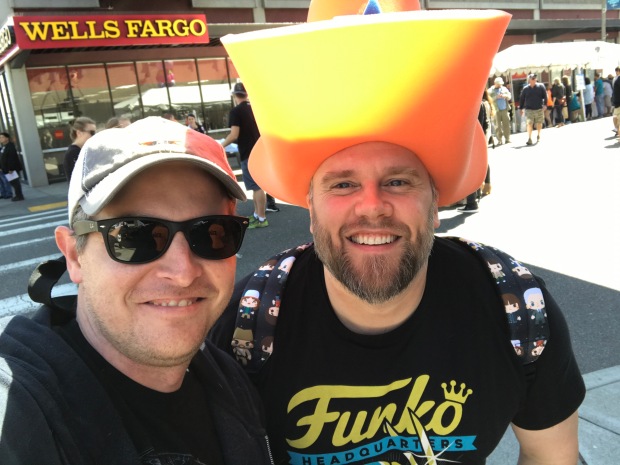 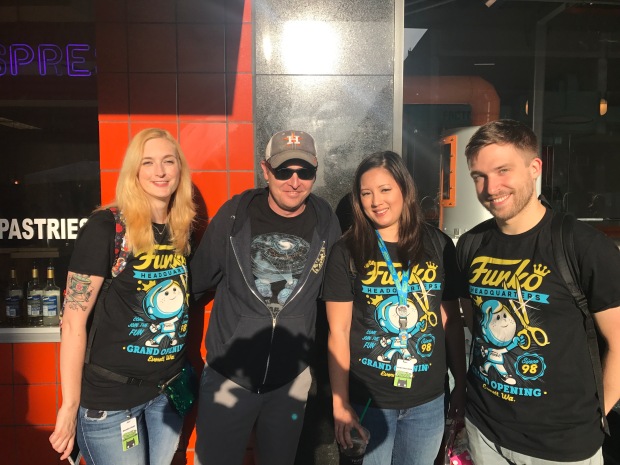 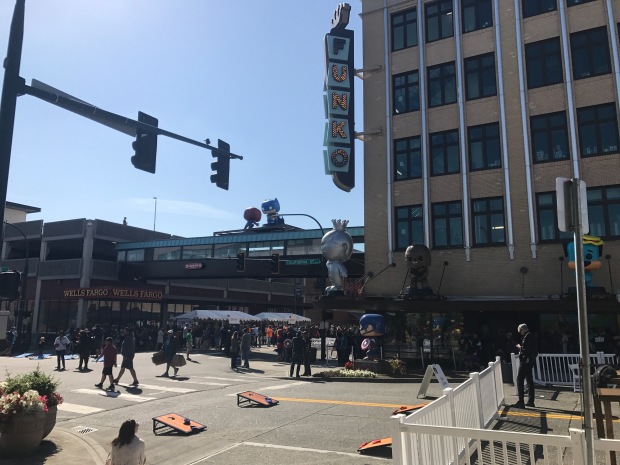 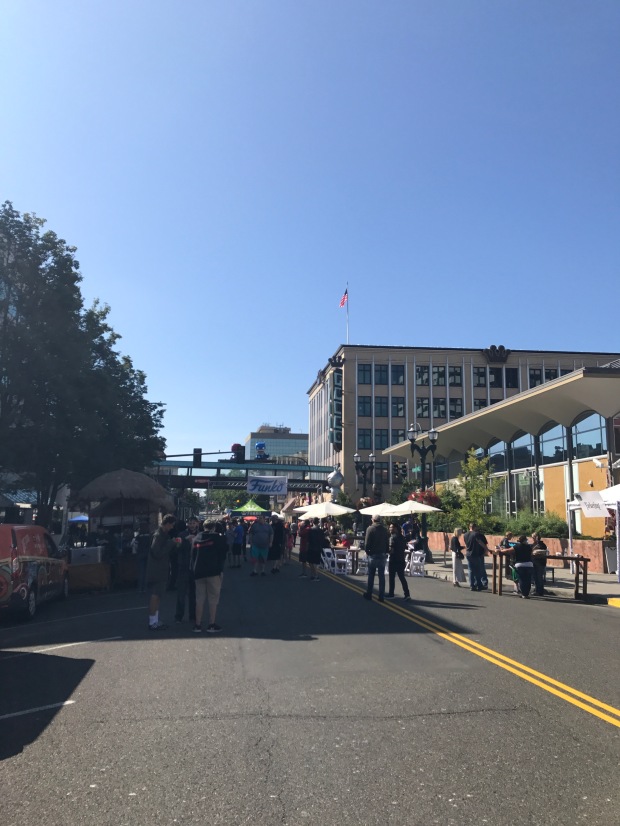 After checking out the street scene we ended up in the popular beer garden.  This is where I fulfilled a child hood dream of having a beer with Batman.  Of course, Tony Stark couldn’t be left out of a photo op. 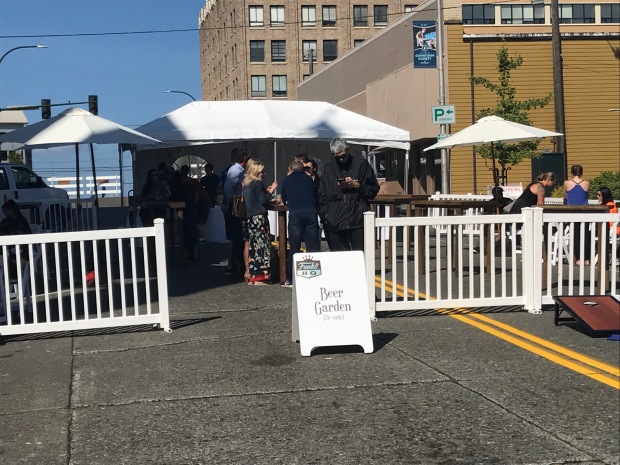 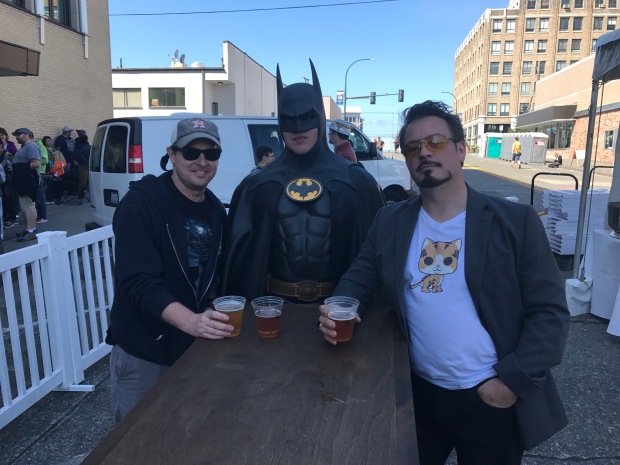 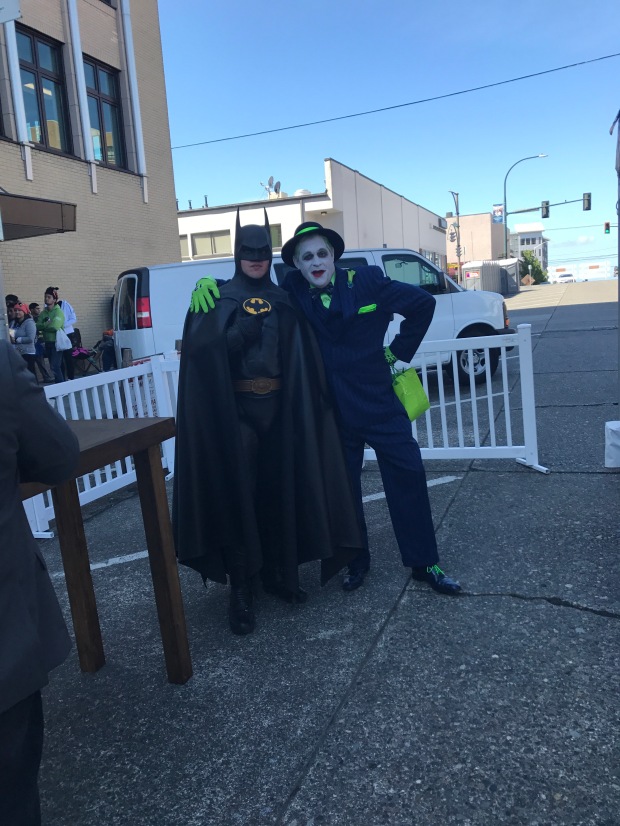 Even Batman and the Joker put their differences aside and had a few laughs.

The garden quickly started filling up with other characters like Captain America, Star Lord, and Captain Marvel.  They are all part of a non profit group called Comic Book Characters for Causes.  You can get to know more about them on their Facebook page.

Even though I didn’t get a golden ticket it was still an awesome day and experience.  I mean, I still got this cool pin. 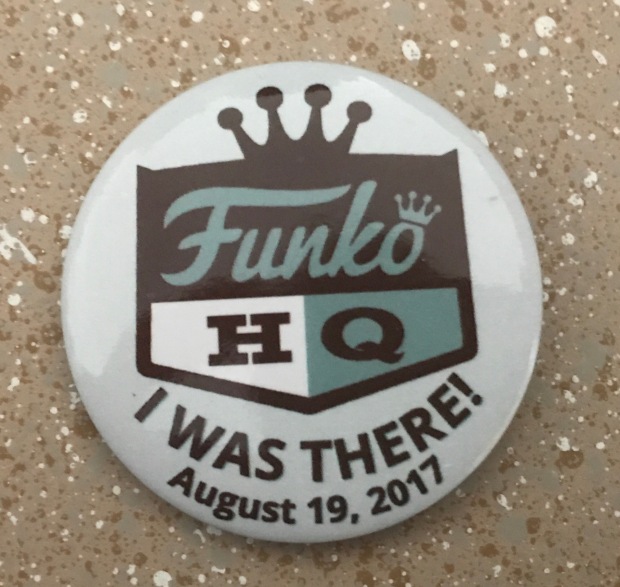 I’ll be back soon to get better pictures of the inside and outside.