I finally got the second half of my Alien Club 3-D Pop up diorama when my Series 12 came in the mail this past week.  That said, I made sure to use it when taking pictures of the figures out of the package.  NECA’s Aliens series 12 includes Ripley, Vasquez, and two different battle damaged Xenomorphs.  They shipped to Aliens club members this past week so you can expect them on shelves any day now.

The two different Xenos have great detail, especially the one getting his head exploded.  They also utilize the Ultimate Alien body, which has many upgrades, including added articulation and increased range of motion in upper torso and neck, plus a re-engineered tail assembly which provides an additional swivel as well as having a bendable portion with over 30 points of articulation. 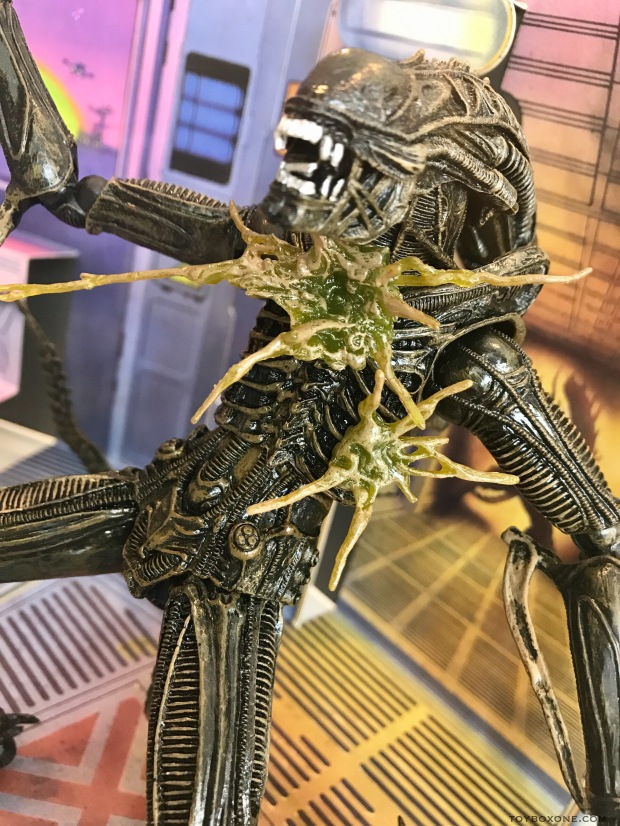 Vasquez kicks butt as usual, this time sporting her BDUs.  She has all the detail from the movie including “LOCO” on the back of her vest.  She comes with pistol, knife, and pulse rifle with mussle flash.  Of the three Vasquez figures from NECA to date, she might be my favorite. 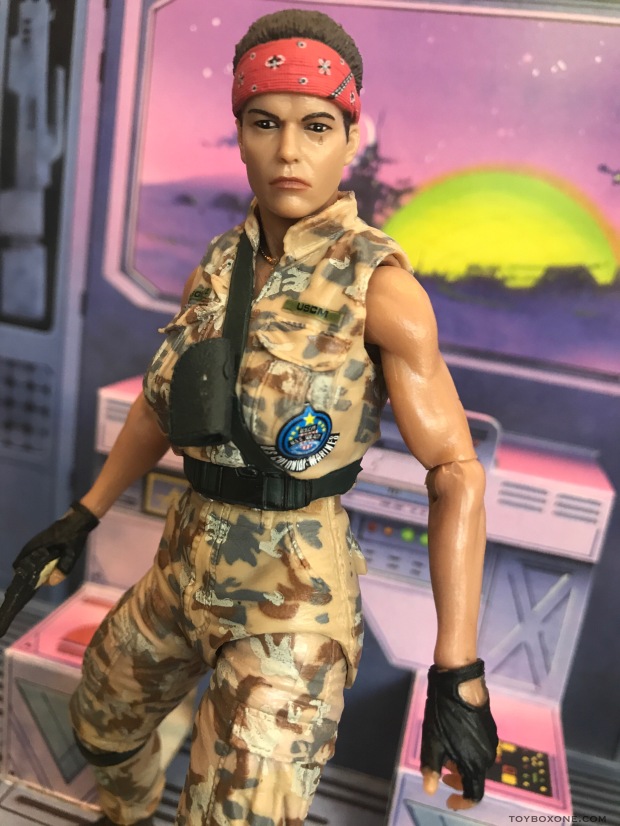 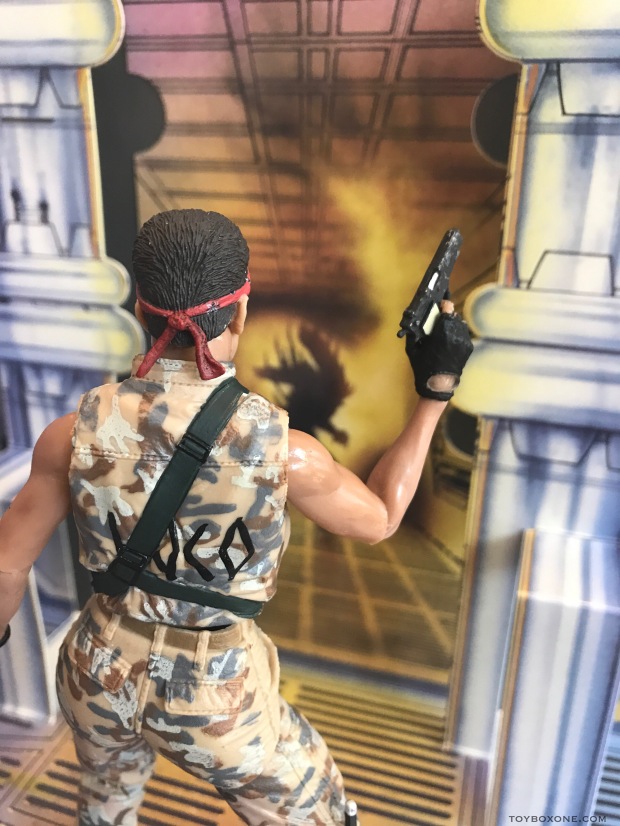 Apologies she blows the same Xeno’s head off different ways.  As you will see later Ripley handled the other one. 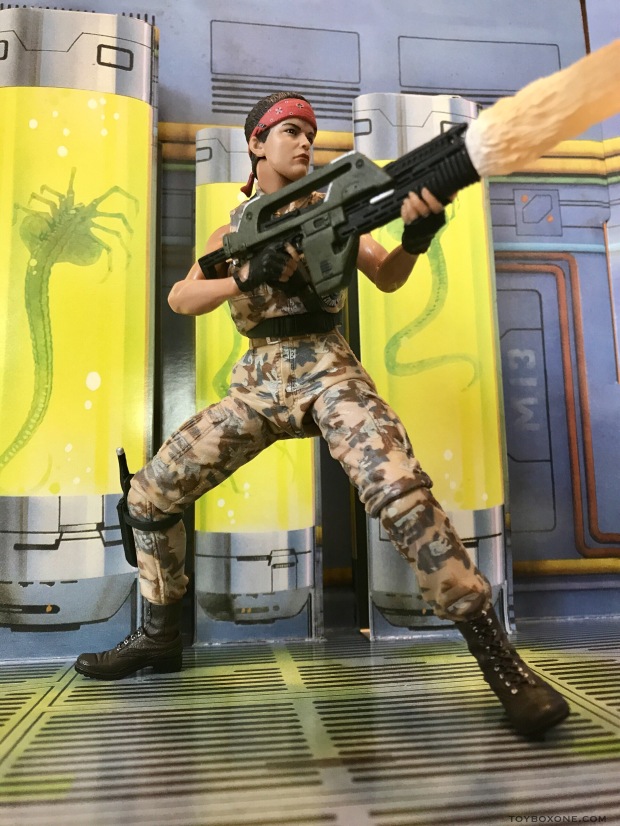 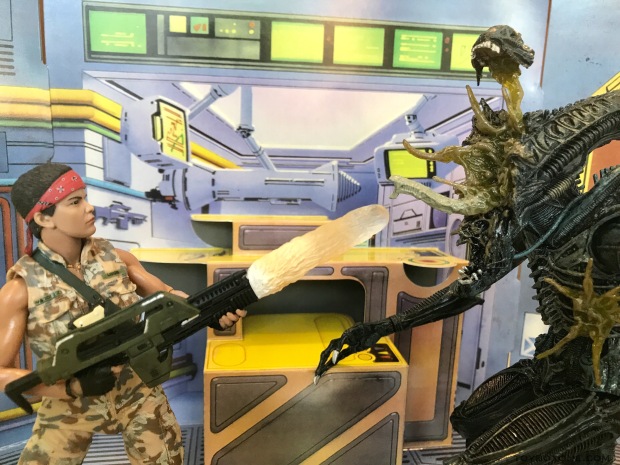 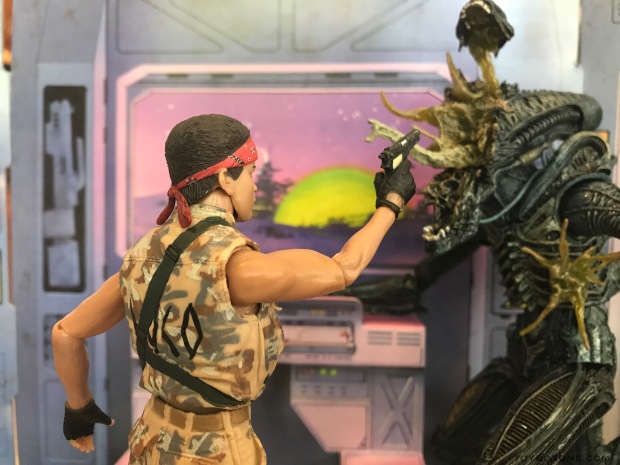 Even though the legs are a little limited, the articulation allows for great poses while still not taking away from the overall realistic look.  No one puts Vasquez in a corner. 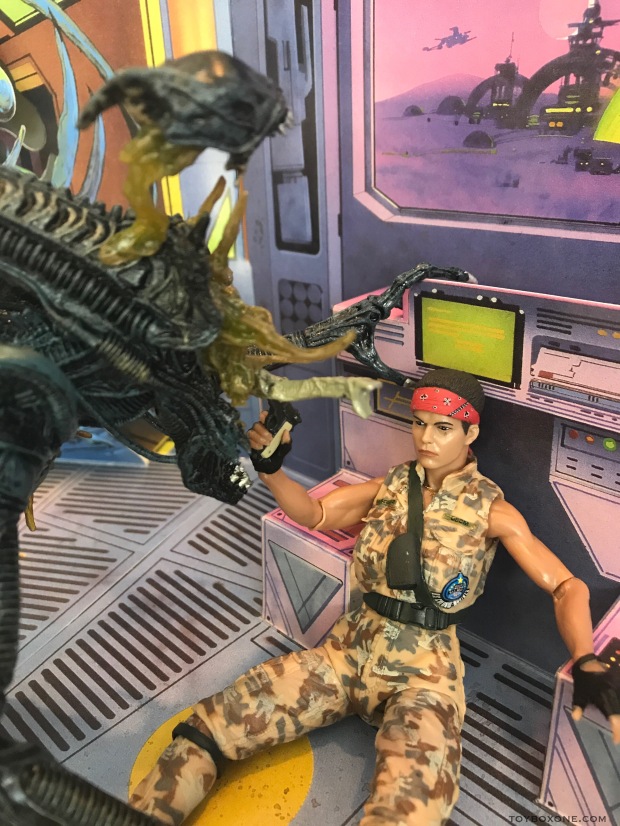 Ripley is pretty much the same as previous releases with the exception of the bomber jacket.  She also comes with a pulse rifle and mussle flash.  Like reality, she stands slightly taller than Vasquez. 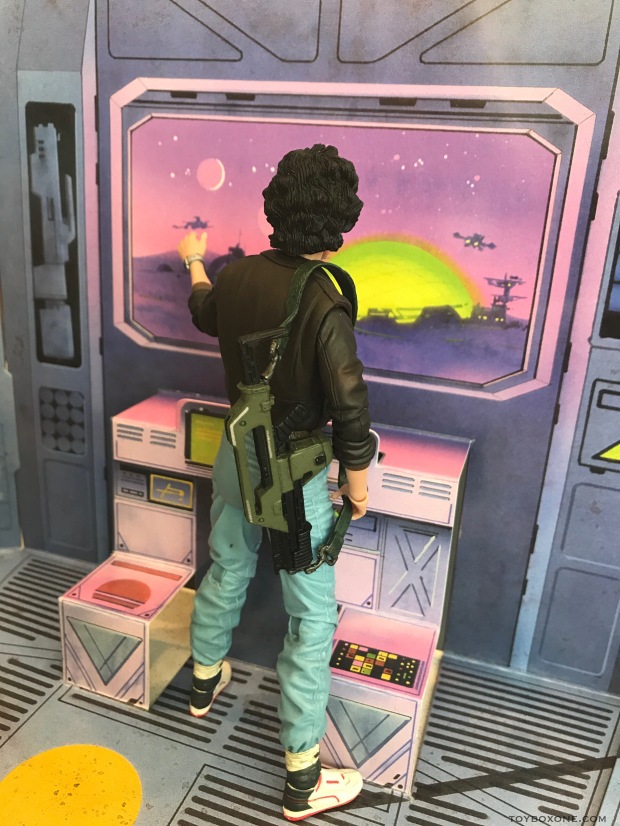 Over all this is a great mix for an Aliens series.  I know that there is nothing really new or ground breaking with this series but it offers true Aliens fans new options for thier dioramas and displays.  My Ripley and Newt are currently crapping in their pants with the Alien Queen so another Ripley is great for a different set up.  Now I just need to get me that Power Loader.