The lack of motivation is strong these days.  I can’t even get a time sensitive post out in a timely manner anymore.  This year’s New York Comic Con is in the books and this year I find myself leaving not as satisfied as previous years.  Maybe, since it’s been a few years in a row now and it’s just con fatigue.  NYCC was overall great and we had a lot of fun, but there was just something about it this year that made it fall flat.  There weren’t many good pictures taken so you’ll have to rely on Toyark.com for those.  If you aren’t aware, I’m not a fan of crowds and there were just too many people for me.  It seems the press room I used to escape to keeps getting smaller and smaller each year.  It also didn’t help that in our cashless society and poor wifi, the lines barely moved for some of the more sought after exclusives.  One of the few things I know about cons are, cards are convenient, but cash is still king.  Anyway….

Diamond Select and Sideshow Collectibles displays were some of the madhouses that I stayed away from.  Despite the mob, you could do plenty of easy shopping at Diamond.  I grabbed a few of their exclusive Battle Beast minimates with no fuss.  It’s just that where they were located, the masses accumulate quickly at the display case.  It was even worse at Sideshow.

Thursday was all about waiting in line grabbing exclusives for people who asked or couldn’t make it.  Mezco is always one that people run to first.  Even though I thought the exclusives were weaker, I still found myself heading there first.  I hit the floor 20 min before opening and was still like number 35 in line.  Mezco was a victim of the “retailers using the wifi at once” and quickly switched to “cash only”.  The only problem was most people didn’t realize this until they waited 2-3 hours to get to the front of the line.  This only held up the line more as everyone went scrambling to the ATM (also on poopy wifi) for cash.  Luckily I had cash so I wasn’t one of the hold ups when I grabbed my Ronin 5 Wolverine.  While in line I grabbed some pics of some other newer things I haven’t seen in person on display yet. 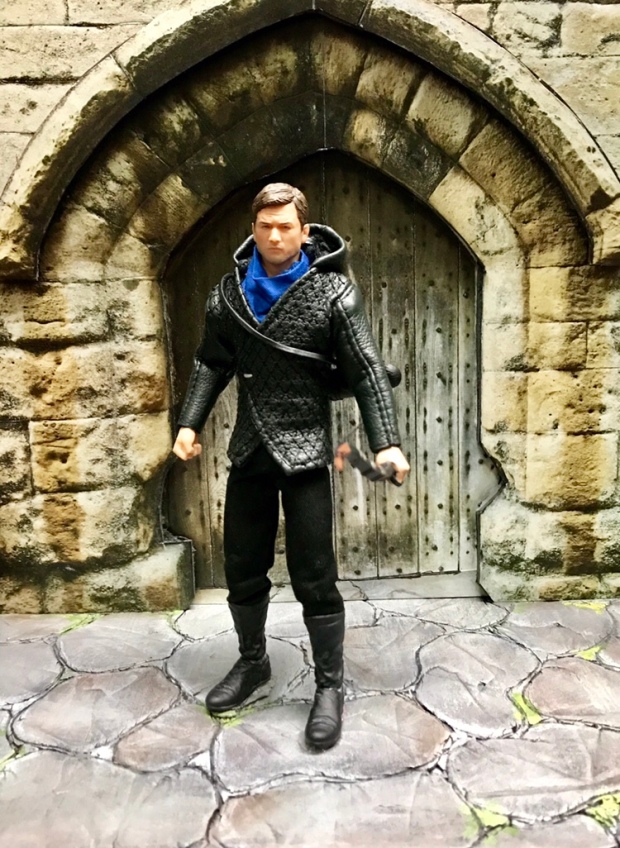 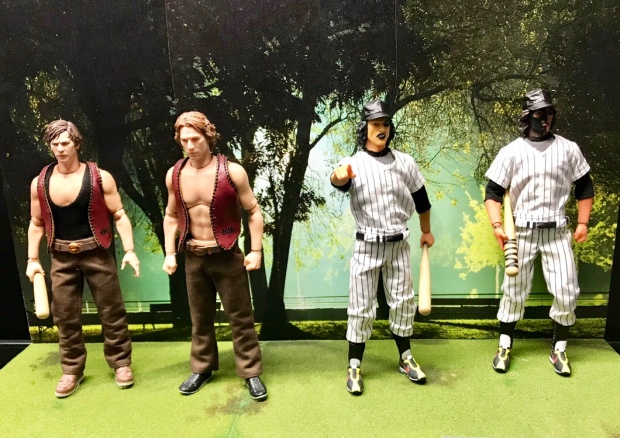 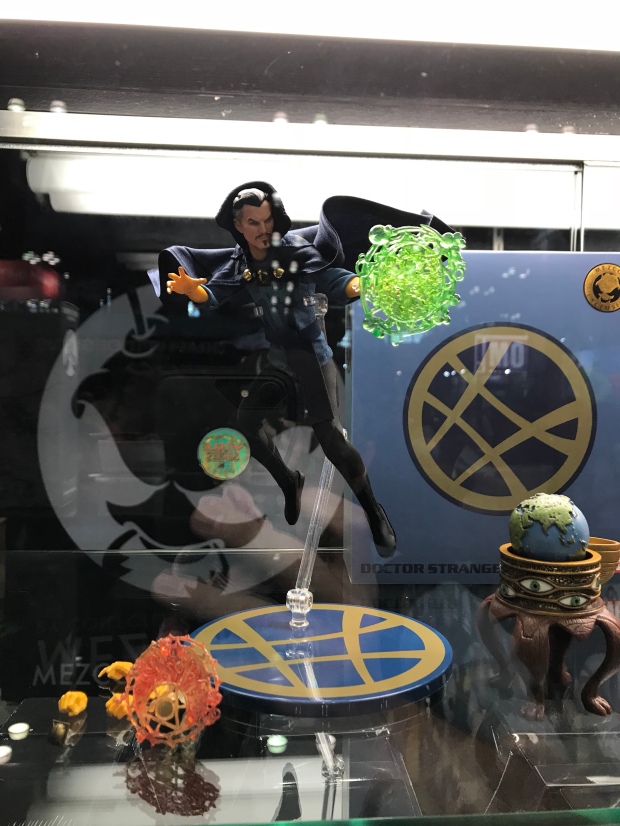 Dreamworks and Netflix revealed their She-Ra reboot this weekend.  They kicked things off with the trailer and pre-order for the first set of action figures from Super7.  The pre-order is now closed but other online retailers are still offering them.  If not, you’ll have to wait until January for them to hit shelves. 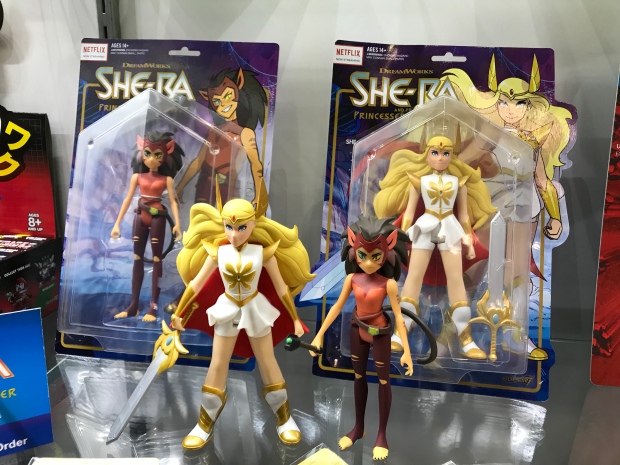 Super7 had a few of the exclusives that I was actually looking for.  Although I was bummed Ripley was “damaged” I still grabbed the Alien ReAction figure set.  I was told Ripley will be available solo from their website as soon as she is ready.  The other exclusive of theirs I was after was the G1 styled “Dead” Optimus Prime.  I believe this was the only one of their actual exclusives to “sell out” at the con.  They had a lot of new products debut at NYCC that weren’t actually exclusives that did really well.  One of the sellout debuts were the Super Buckets, with Creature from Black Lagoon going first.

Mattel and BBC used the last day of the con (and premiere night) to reveal Jodie Whittaker, the Thirteenth Doctor, in Barbie form.

She is currently available to pre-order at Hot Topic, Mattel.com and Barbie.com. She will be available on shelves December 3rd, plenty of time ahead of Christmas.  Hot Topic will be the exclusive brick and mortar retailer in North America.

Hasbro had their usual offsite press deal that I’m never invited to.  They mostly talked Transformers, Marvel Legends, and Star Wars.  Nothing crazy new revealed but you can already pre-order it all over at Entertainment Earth.

Funko had a few little known pop up giveaways over the weekend.  They were giving away Mister Freeze from their new DC Primal Fears figures.  We were lucky enough to get in on one by the DC booth on Saturday.  If I were to guess, they handed out around 250 figures when I snagged mine.  Come to find out I didn’t feel special for long.  Shortly after, I went to the Funko booth near close where they gave me another “free gift” for my purchase.  In the initial press release they said there was a total 10,000 Mr. Freeze going around.  Unfortunately, I didn’t do too much Funko research this year.  I figured I wouldn’t have a chance this year since Press wasn’t allowed to sign up for the exclusive lotteries.  I do see Spider-Woman is already “pre-sold out” at Entertainment Earth.

I did have the chance to sit and talk with someone at Bluefin who helped me beat the line at their booth.  I was there for the Storm Collectibles Mortal Kombat Smoke and Rain, but their Drangon Ball line was insane.  When I asked someone what they were waiting for in particular he replied, “to buy stuff.”  I just walked away.  I’m glad I am starting to broaden my horizons to the smaller toy makers.  I find they do a much better job at only a slightly higher cost.

Of course, the day wasn’t complete without stopping by the VRVHR offsite for some cereal and cartoons.  While munching on some cereal you could walk the VRV Gallery, play some games, and do a little shoppinh at the Crunchy Roll store.  Heck, if you jumped in a life sized bowl of foam Lucky Charms you got $5 off a Bananya Plush.

Apologies, I know I am forgetting a lot or didn’t really get to anything.  Like I said, it seemed like an off year