If you weren’t at Yestercades this past weekend for NECA’s fan event, you missed a good time. The event was well done in a nostalgic environment that would make any toy nerd happy. NECA had a few recent and upcoming releases on display, as well as a few new reveals. I was able to take a few photos but not as many as I would have liked. I was more focused on talking to the NECA gang and meeting some of the other NECA enthusiasts. Being that I’m socially awkward, I don’t think I did a good job in that department. It was nice to finally put a few faces with the names though.

The Q&A was great. For a solid hour, Randy and the gang answered everyone’s questions. So much was discussed I know I’m going to leave something out. Some of the topics discussed were new product updates , new exclusives, product development and licensing.

There were three new TMNT figures revealed as well as a couple of Toony Terros. Cartoon versions of Slash and Leatherhead are coming soon to Target. 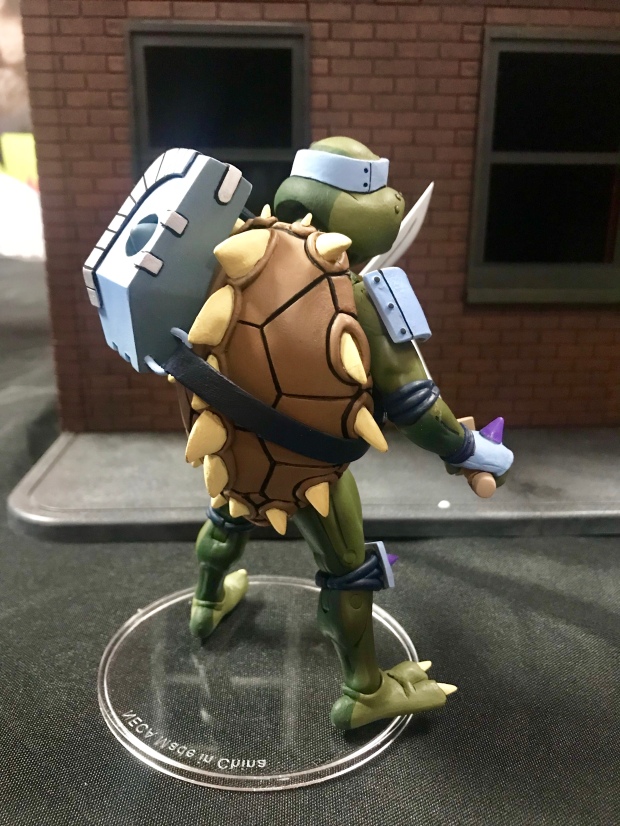 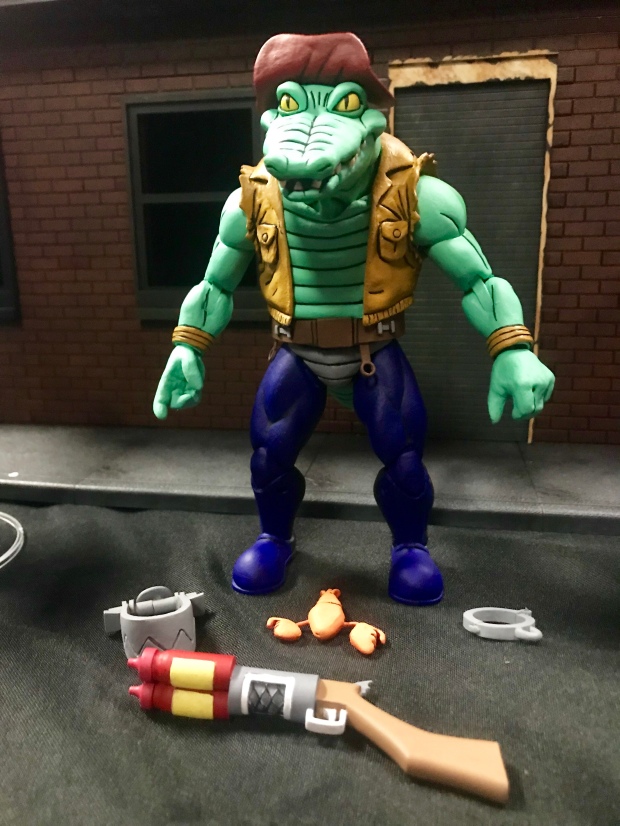 Also, they mentioned a foot soldier two pack is coming. That’s good news for army builders. The other TMNT reveal was Shredder from the video game Turtles in Time. No mention of how and when he will be released.

The SDCC exclusives were on display and I can’t get over how good they look. It sucks I missed out but not to worry. If you are ok waiting, slightly different versions will be released individually. One mention was a cleaner Splinter with no shackles. They said more figures from the 1990 movie are coming, as well as the sequel, The Secret of the Ooze. It wasn’t mentioned but I’ll assume these are going to be 7-inch scale. 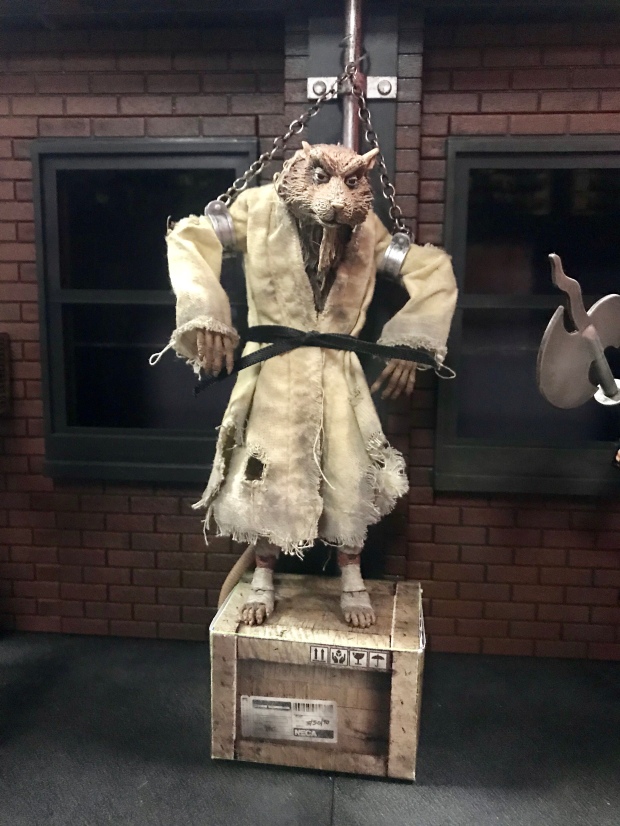 Neat little Easter egg, check out the shipping label on the box Splinter is standing on. The date is the release date is the movie. It’s this kind of attention to detail that I like about NECA. 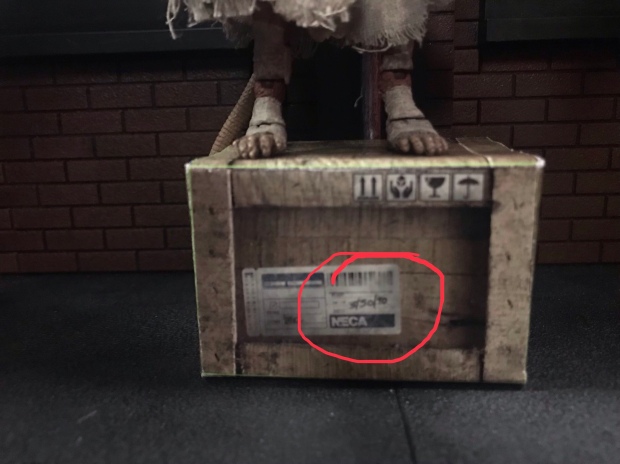 It seems after a couple of years absence, NECA plans on returning to New York Comic Con, and they hinted at a couple exclusives as well. Remember the DC vs Dark horse Batman and Joker Xenomorph? It seems like that, with a Green Lantern vs Sinestro Corps will be one of the exclusives.

They had the Newborn in package but I failed to get a decent picture. In other Alien news, one of the sculptors mentioned their previously never mentioned project, a rhino Xenomorph. Randy hopes the Alien Club would go away but that decision isn’t his and hasn’t been made yet.

They also mentioned an Alien diorama is in the works with a working strobe light. They see the value in dioramas and accessory packs and mentioned they plan on doing more. Also, add on to the previously released street dioramas was also brought up. 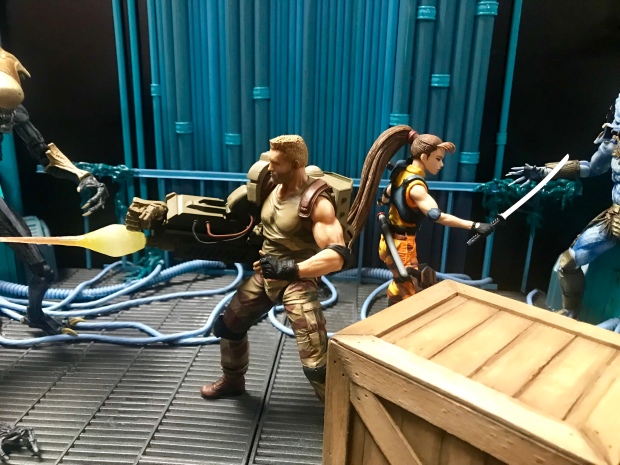 The two new Toony Terrors are Michael Myers and Pinhead. With NECA re acquiring a few more horror licenses we can expect more Pinhead and Trick or Treat. 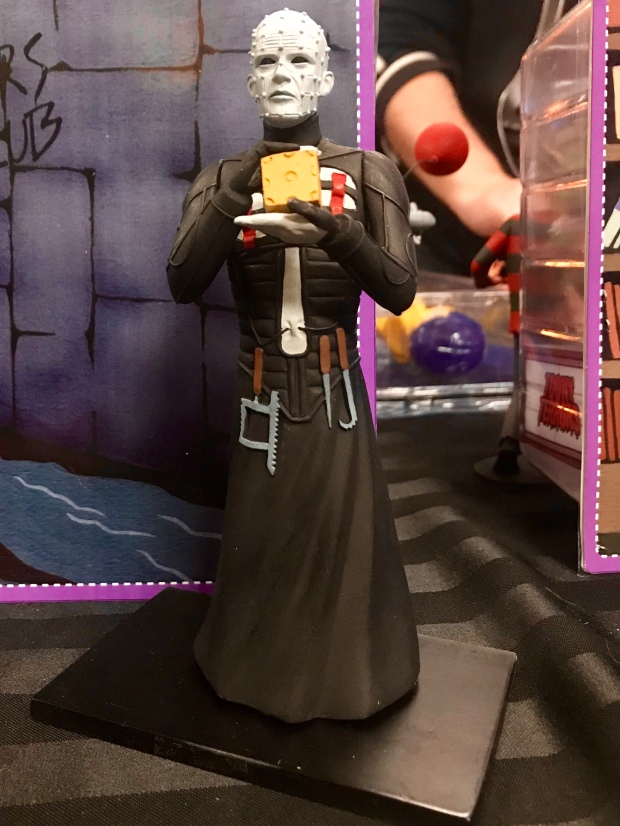 The licensing issues with Friday the 13th were discussed and that nothing new is coming from anyone until the rights get sorted out in court. The same goes for new Nightmare on Elm street as well. Luckily everything NECA had/has in the pipeline will continue to be made.

So much was discussed and I know I’m leaving something important out. The Fail Guy game from the shirt is an actual game being made by one of the NECA team. Hopefully he will have it done in time to actually be played at next year’s event.

Finally, special thanks to Yestercades for hosting the event. It was the perfect atmosphere for the occasion. Thanks to Randy and the crew for doing it. It was super cool for them to spend their free time with us fans. Check out the rest of the pictures from the event. 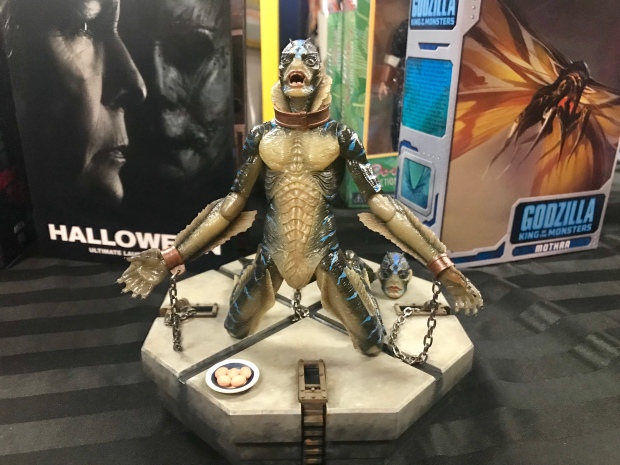 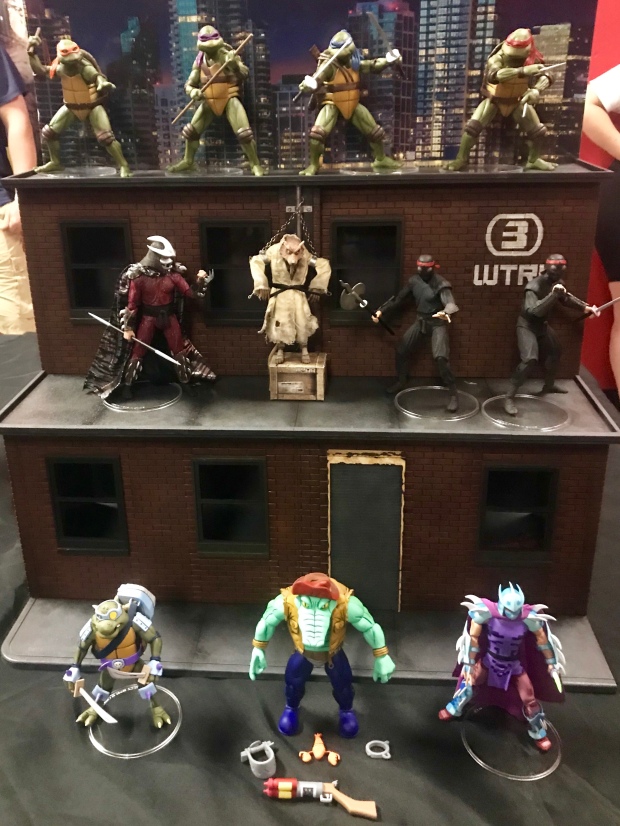 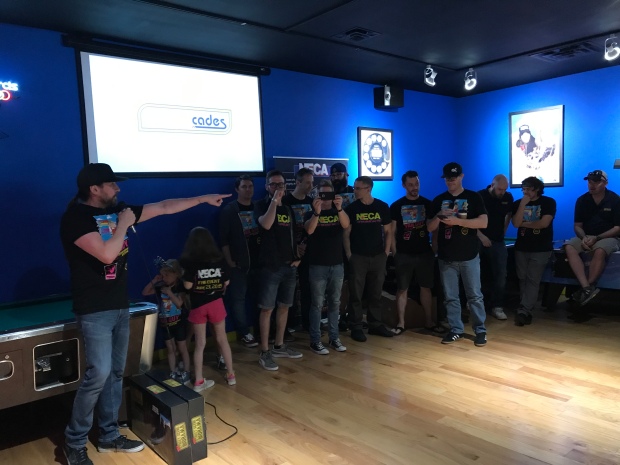 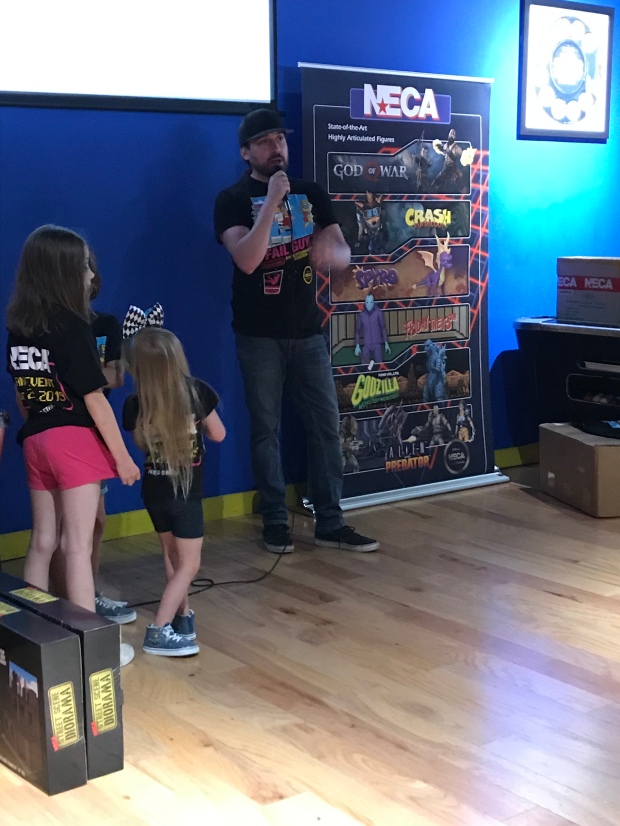