The highly anticipated Batman/Xenomorph two pack from NECA is finally out and it was worth the wait. We were lucky enough to grab one during the online presale and got to avoid the lines at the con. Glad we did, because the line quickly grew around the booth seconds after the doors opened every morning.

If you aren’t already familiar this set of figures is inspired by the second volume of the Dark Horse/DC cross over comic. In it Batman has to fight Xenomorph versions of his various villains. What other villains to use other then the Joker?

We got ours a few days back , but we are just now getting around to playing with it. My son was quick to point out that the Xenomorph is just a repaint of previous version we already have. While this is true, it is still an awesome looking Xenomorph. The Joker’s smile is a sinister touch to an already terrifying mouth. The green dome looks great against the white head. The green nails on the hand and feet are a prime example of NECA attention to detail. 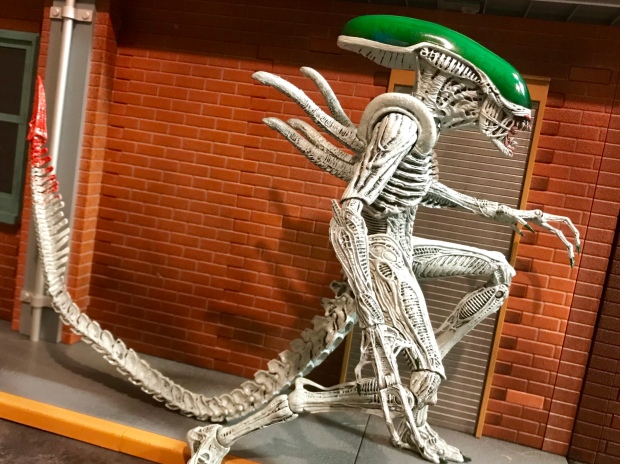 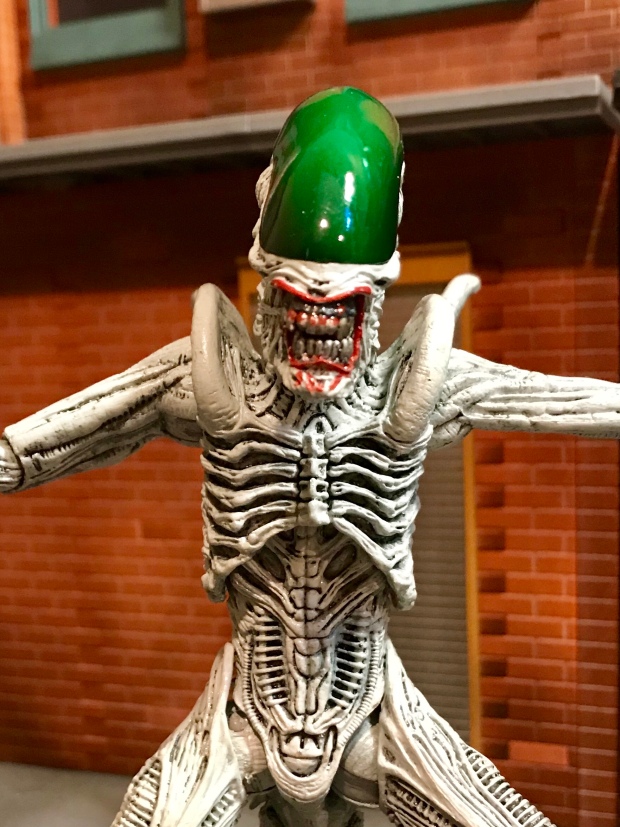 The Batman figure came out just great. That uniform combo is one of my favorites and NECA did a wonderful job translating this one into a figure. The head sculpts is awesome and I am loving the long ears. They are a hard plastic so no need to worry about them bending. The paint has a mostly matte finish and is nicely done. The articulation is better then your usual ultimate figure but the joints on ours were pretty stiff. The cape is cloth and is pretty big. Although the cape is big the way it folds makes it manageable and gives it a few extra posing options. 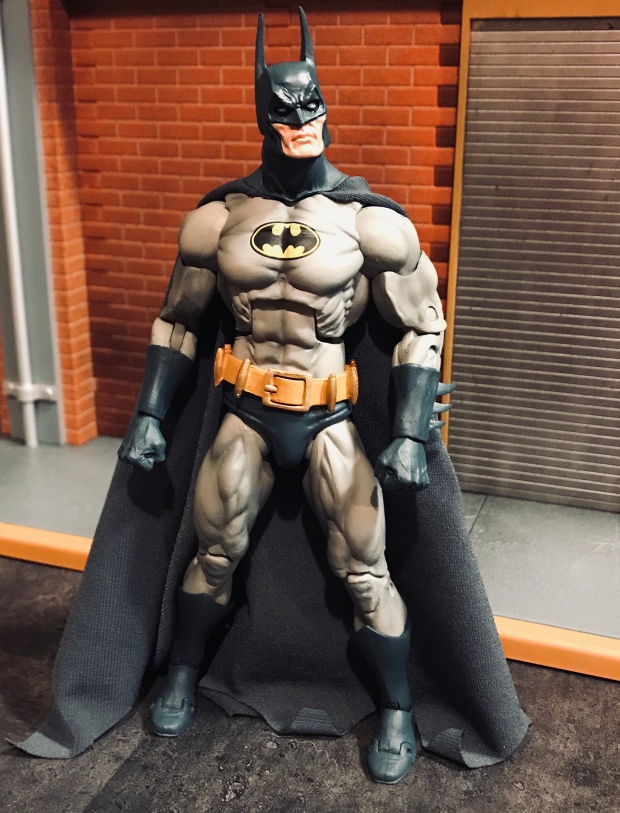 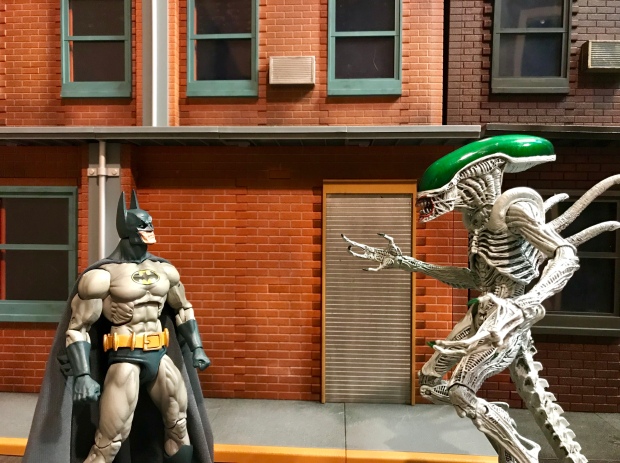 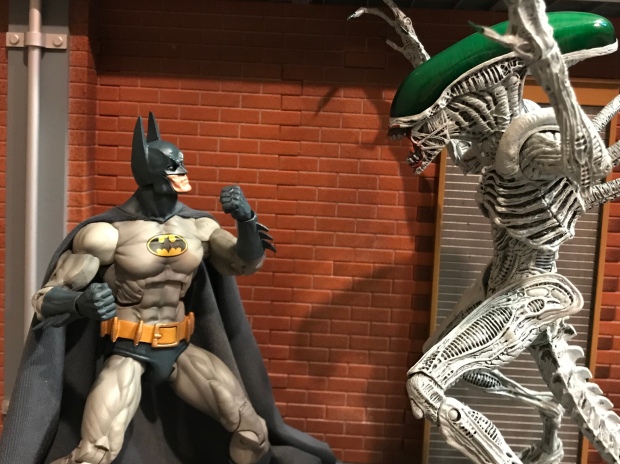 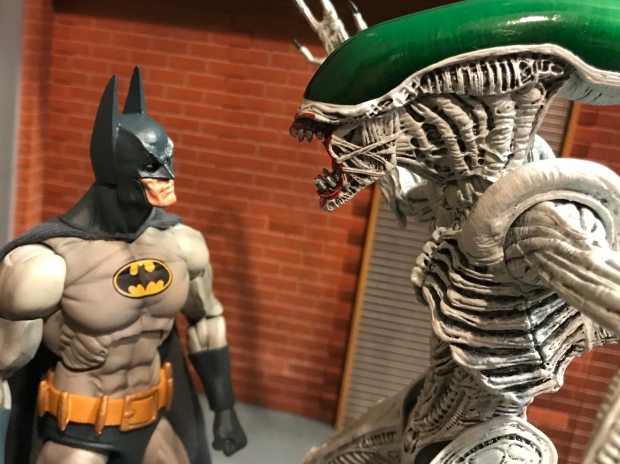 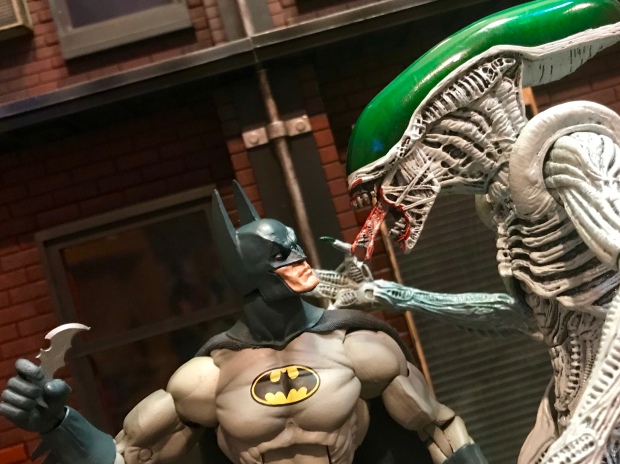 As great as the figures are I wish they would have come with a few more accessories. The only extras are one batarang and an extra hand. Beside the lack of accessories these are still come pretty awesome figures.

If you missed out you’re now at the mercy of the secondary market. Seems most sets can still be had for around $100.

Up next we will be playing with NECA’s Aliens Power-loader!

Be sure to always check back as we sometimes update with new pictures.