If you aren’t aware by now, Back to the Future is one of my favorite franchises.  I still wear a calculator watch and owning a Delorean is still on my bucket list.

The animated series picks up where the movie trilogy left off with Doc Brown on his Hill Valley farm with wife Clara and sons Jules and Verne.  Although the usual movie characters made occasional appearances, the show focused primarily on the Brown family.  The show ran for 2 seasons on CBS on Saturday mornings from 1991-92 before the reruns reappeared in the FoxBox in the early 2000s.

Trivia note: It was the first production of Universal Cartoon Studios.

NECA knew how popular the franchise was and worked some of their usual magic to acquire the license for not only the movie related stuff but the animated series as well.  When they made all of their Back to the Future reveals at Toy Fair, I was most excited for the Ultimate movie versions but was pleasantly surprised they decided to give us some animated series offerings as well.  I also feel it was smart thinking to follow the Toony Terrors model keeping them simple and affordable.  At $12.99 each, it makes the decision much easier for someone who is on the fence.

For what I am hoping isn’t the only series, you get the most recognizable characters from the franchise with Marty, Doc and Einstein and Biff.  The Delorean was also revealed at Toy Fair but word on the street is it is delayed or not making it to production at all.  I am hoping collectors will buy these up and help convince NECA to continue the line with at least the Delorean.  The only other characters I could see being feasible to the line are Clara, Jules, and Verne.  Although it would be cool, I am not sure there would be any interest in Biff the dinosaur.

As mentioned earlier, these are basically Toony Terrors for Back to the Future.  They look just like their cartoon counterparts but with only 9 points of articulation.  They have the matte paint job like the cartoon TMNT which I am also a fan of.  Minus Biff, they all come with their usual trademark accessories with Doc being the best value of the bunch. 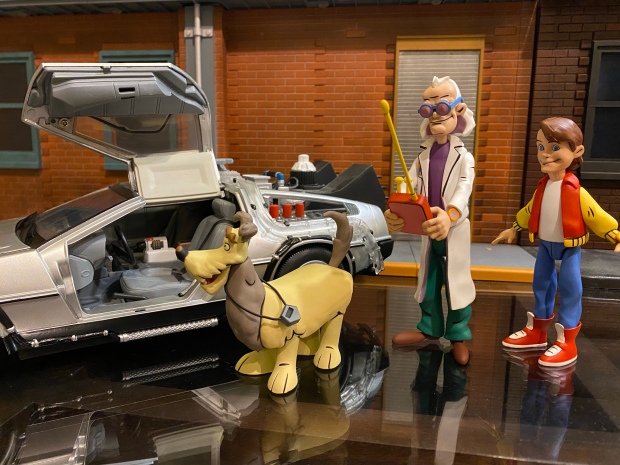 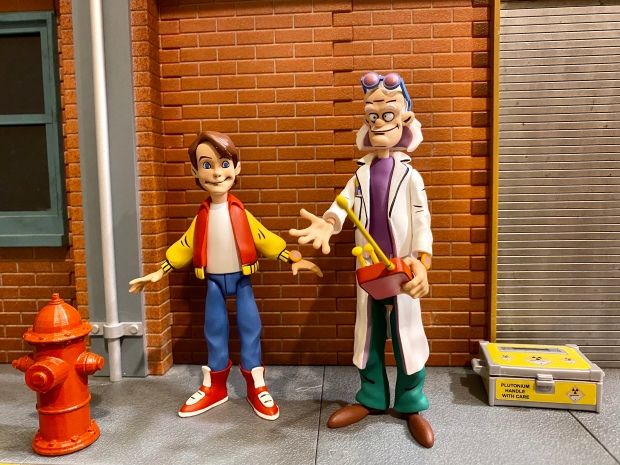 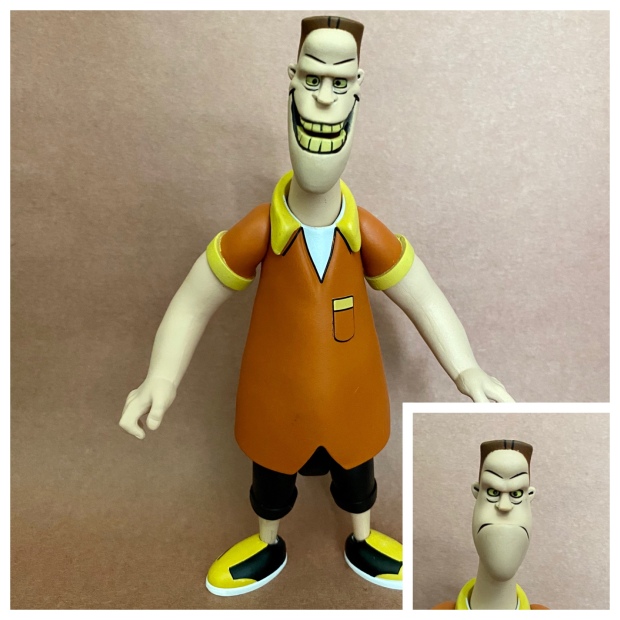 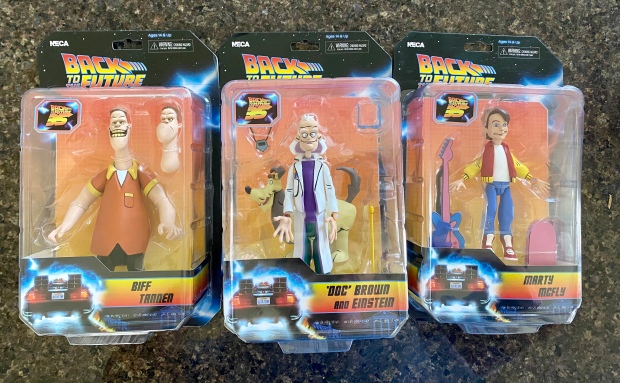 As it was mentioned earlier, these are really cool figures, but not for everyone’s collection.  As popular as the movie franchise is I don’t feel the casual Back to the Future fans will be wanting to grab these.  I am hoping I am wrong, and there are more hardcore collectors out there like me who are gonna grab these.  I was one of those on the fence but when I saw them in the package in person, I had to get them.  If you are undecided like I was, they are definitely worth having in your collection.  Now I just have to patiently wait for my preorders of the Ultimates to arrive.  That should be soon as they are starting to pop up in the UK.

If you are still looking for the Toon Versions or want to still get in on preorders for the Ultimates there are some links below.  The “Tales from Space” Marty will be a Target exclusive at first before a wider release later.

There might be a small commission earned on purchases through product links. This helps us do what we do, so thank you.

Back to the Future Animated Series:

Back to the Future Ultimates (Entertainment Earth):