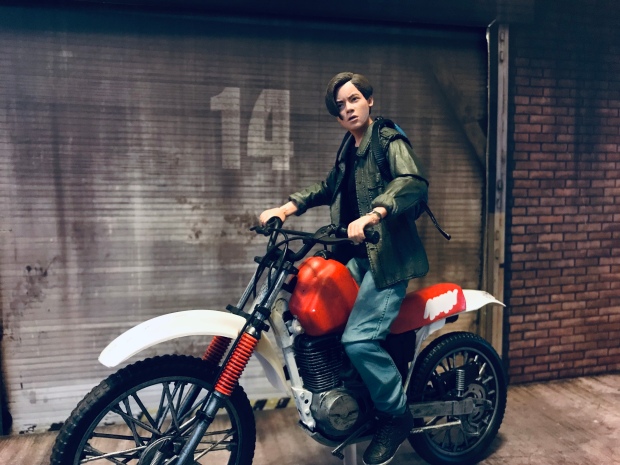 After waiting for what seemed like forever, my ultimate John Connor finally arrived. I didn’t even wait to take pictures of it in the box, I just opened it right up. I have been looking forward to this figure for a long time. All the other exclusives I wanted I struck out on, except this one. END_OF_DOCUMENT_TOKEN_TO_BE_REPLACED

NECA revealed some more greats this week on Twitter.  Wednesday they revealed the latest in their Ultimate Terminator series with “You Could Be Mine” T-800.  He comes with shotgun and box of roses from the iconic mall scene in Terminator 2.  For the 25th anniversary T2 will be shown in theaters in 3D.

For #facehuggerfriday, we got a look at the Prometheus Lost Wave.  At long last, this series includes the never-released figures fans have been requesting: Vickers, Shaw and Fifield.   END_OF_DOCUMENT_TOKEN_TO_BE_REPLACED

A bunch of stuff that NECA revealed at the Toy Fair just went up for pre-order.  I am going to have to take out a loan there is so much good stuff.  Most of the items are shipping in July so there is plenty of time to save up.   END_OF_DOCUMENT_TOKEN_TO_BE_REPLACED

I am not a fan of the retro figures with cloth outfits that many toy makers seem to be doing.  What I am a fan of is the retro 3 3/4-inch figures with limited articulation, like ReAction for instance.  “Whats old is new”, is the old saying.  Heck, Hasbro has even gone simpler with the 3 3/4-inch EVPII figures.  They are selling well so I think they might be on to something.  I am not just talking Star Wars.  Reaction has plenty of licenses that continually do well and sell out.  Back to the Future, Goonies, and Terminator just to name a few.   END_OF_DOCUMENT_TOKEN_TO_BE_REPLACED